Get them in our online shop

Our new kits for the 22-23 season are now on sale. You can buy them in our physical shops in the Community of Madrid and in our online shop!

Continuing with the line of tributes to our history that we made last season with '75 years honouring your name', the first kit for next season is inspired by a Red & White icon: the Manzanares river. Thousands of Atleti fans remember the matches they played next to the river that gave its name to the Vicente Calderón stadium in its early years. Many saw their Red & White passion born walking along its banks on their way to a new match of their beloved Atleti. So, after paying tribute to the stadium in the third kit of last season, Nike designers were asked to do the same with the Manzanares, and this is their interpretation in a shirt that simulates the meanders of the river, the iconic image of our former stadium. The kit is completed with blue shorts and red socks with a blue upper part.

The second kit is black combined with dark blue and light blue details, with the shorts and socks following the same colour combination. 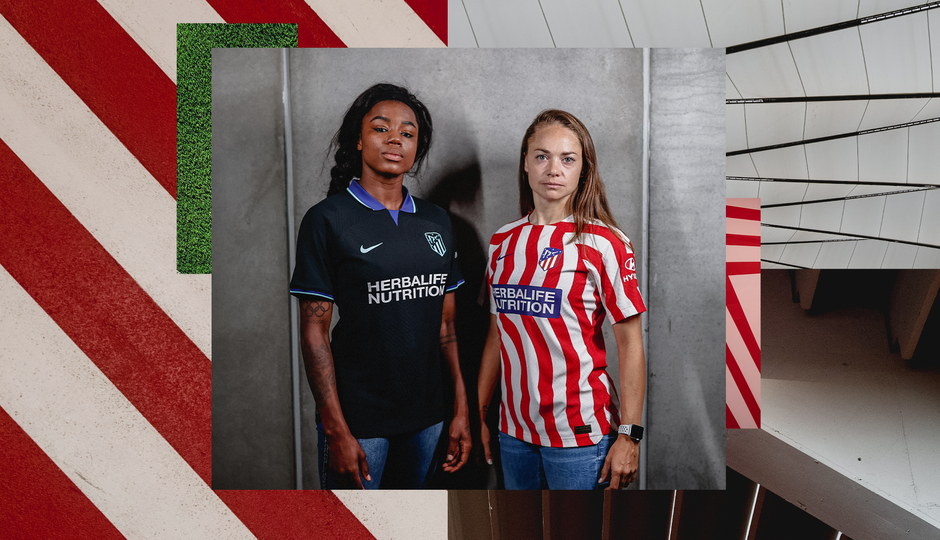 And the big surprise of the season awaits us on a very special day for all the Atleti fans. On 26 April 2023 our beloved Atleti will be 120 years old. To celebrate it we will present a very special shirt, inspired by the one worn by our players in the first official match in history, with blue and white colours, and with the original club badge on the chest. A tribute to 120 years of Red & White passion and to the many more to come. Aúpa Atleti!

The women's team kits will continue for another season sporting the logo of its official sponsor, Herbalife Nutrition. The main sponsor of the men's first team will be Amber Group. WhaleFin, Amber Group's digital asset management reference platform, will be featured on the jersey.