Atlético de Madrid has reached an agreement with Luis Suárez for the striker to become a new Red & White player. The Uruguayan passed his medical and signed a two-year contract with our club on Friday.

Born in Salto, Uruguay on Jan. 24, 1987, Luis Suárez is one of world football’s most prolific goalscorers. He started his career with Club Nacional de Football, making his debut in 2005 and winning two league titles in his home country. At 19, he joined Dutch side Groningen in the 2006/07 season. After one year, he joined Ajax, where he went on to score 111 goals in 159 games over the course of three and a half years. The striker won one Eredivisie title and one KNVB Cup. He was the Eredivisie’s top assist provider in each of his three years in Amsterdam and the top scorer in the 2009/10 season – in which he netted 35 goals.

The Uruguayan joined Liverpool FC in January 2011, where he went on to become one of the world’s best strikers. During his time on Merseyside, he scored 82 times in 133 games. In the 2013/14 season, he netted 31 Premier League goals, winning the PFA Player of the Year award and sharing the European Golden Shoe with Cristiano Ronaldo.

Suárez moved to FC Barcelona ahead of the 2014/15 season. At the Camp Nou, he won one Champions League, four LaLiga titles, four Copa del Rey trophies, one Club World Cup, one UEFA Super Cup and two Spanish Super Cups. The Uruguayan is the third top scorer in the Catalan club’s history with 198 goals in 283 matches. Only Messi and César Rodríguez have scored more times for Barcelona. His goals earned him his second Golden Shoe in 2016. Moreoever, he provided 109 assists during his six seasons at the Camp Nou. Overall, our new player has scored 406 times and registered 231 assists in 612 matches at club level.

We welcome to our team one of the world’s most prolific strikers, who gives his all on the pitch and has proved his quality on the most demanding of stages.

Get your Luis Suárez shirt here 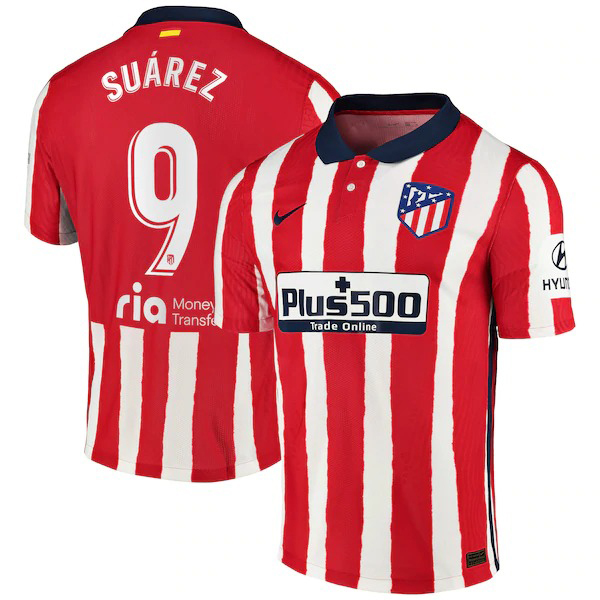