Diego Godín Leal is to leave our club at the end of the current season, the Uruguayan announced at the Wanda Metropolitano Auditorium on Tuesday. After nine seasons at Atlético de Madrid, the defender will seek a new challenge in his career, but will always be a legend at our club. He has played 387 matches for Atleti – with two league games remaining this season – and won one LaLiga, two Europa Leagues, three UEFA Super Cups, one Copa del Rey and one Spanish Super Cup. Shortly after his arrival in summer 2010, he won the UEFA Super Cup in Monaco, and he now says farewell after having lifted the same trophy as captain in 2018.

The press conference took place at the Wanda Metropolitano Auditorium, and was attended by our President Enrique Cerezo and club CEO Miguel Ángel Gil, as well as several first team players, members of the coaching staff and Atleti legends.

"This isn't just a club for me, it has also been my family"

Godín spoke about his decision.

“These are my last days and matches at Atlético de Madrid. I wanted to tell you myself due to the love I have for this club and this shirt. This isn’t just a club for me, it’s also been my family and it’s very hard to say goodbye. These have been wonderful years and I want to thank everyone at the club. I’ve grown as a person,” our captain said.

The Uruguayan took the chance to thank everyone.

“We’ve shared good and bad moments. Thank you all very much. The most beautiful phase of my life and my career comes to an end. I’m very proud to be a part of this club’s history. I’m very thankful. Atlético de Madrid’s fans have given me so much love,” Godín said. 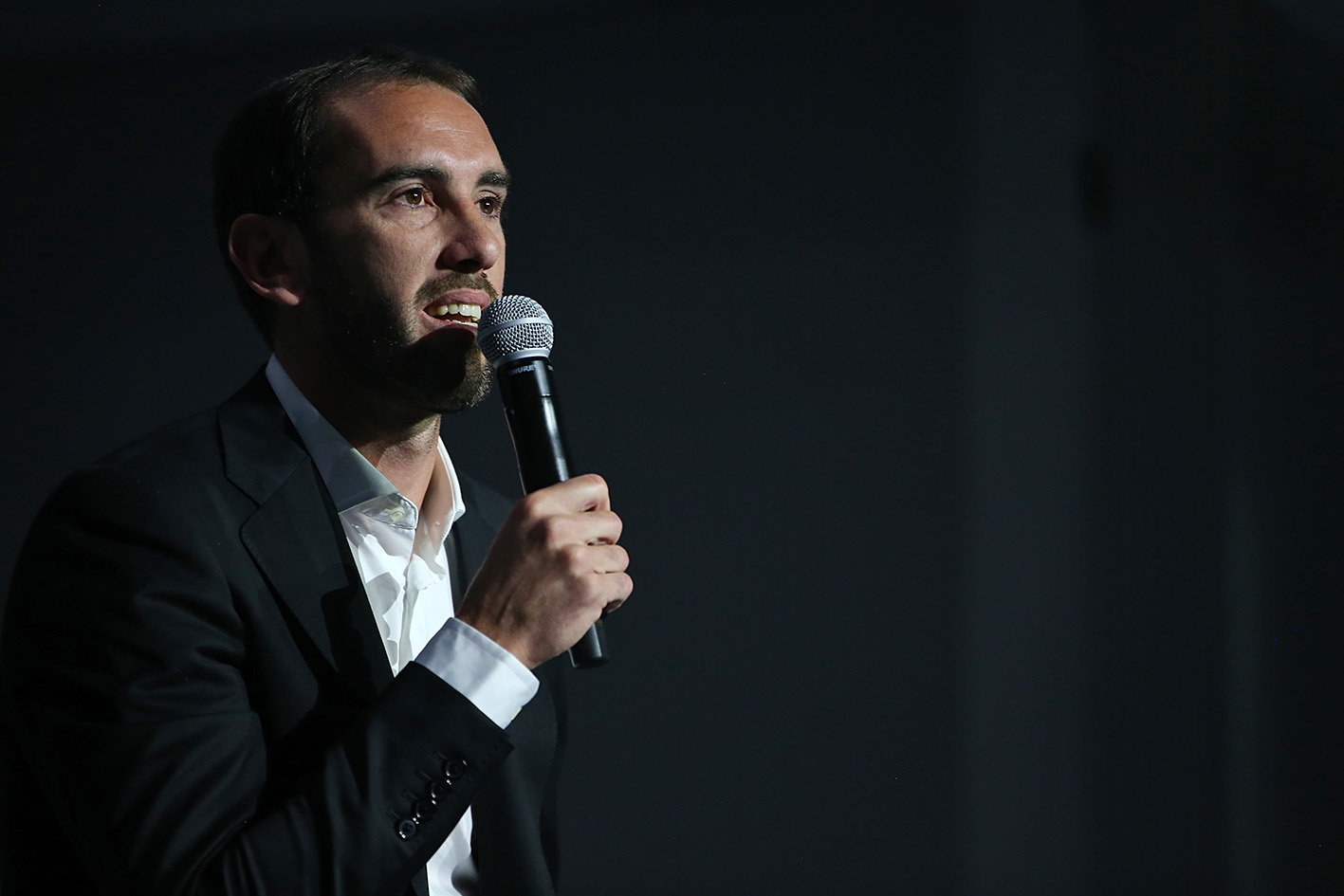 Enrique Cerezo shared some words for the Uruguayan.

“We aren’t here to say goodbye to a player who is already a legend, but to thank an extraordinary footballer for everything he has given us throughout these nine seasons. We are all very proud of you, because we know how much you’ve given us since your first game. Courage and heart. These words define what Atleti means and you are the best example for our Academy players, both on and off the pitch,” our president said.

Cerezo also thanked Godín for his time at our club.

“Thank you very much. Wherever you go, we know that there will be an Atlético supporting our team in all our games. Atlético de Madrid is your family and the Wanda Metropolitano, your home,” our president said.

387
The number of games that Godín has played at Atleti

Godín arrived at Atlético de Madrid in summer 2010, and since then he has become one of our defence’s leaders. Despite his position on the pitch, the Uruguayan will also be remembered for his goals. In total, he has scored 27 at our club. The most important one came in the last league game of the 2013-14 season, which earned us our tenth LaLiga title. The Atleti fans will also remember other goals such as the one he scored against Valladolid in the 2012-13 season and the winner in this season’s 3-2 win over Athletic Club at the Wanda Metropolitano.

We wish you the best in the next stage of your career, Diego. Thank you very much!